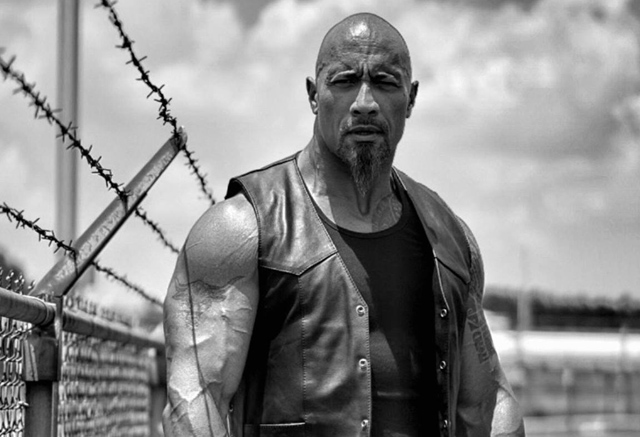 Dwayne “The Rock” Johnson is a formidable global figure in entertainment and culture. His 6”5” frame and chiseled good looks non-withstanding, he has the knack of continually reinventing himself: troubled youth to college football player to WWE wrestler to today’s leading man at the box office with the Midas touch, a megawatt smile, and seemingly down-to-earth nature. He has 91.9 million followers on Instagram alone; the Hollywood Reporter recently tweeted that “Dwayne @TheRock Johnson regains No. 1 on Top Actors social media ranking” (THR, 2017).

The man knows how to continuously leads the pack. How does he do it?

There are multiple business articles dedicated to understanding “The Rock’s” ability to influence culture and create opportunities. In a 2014 Fortune magazine article, he gives six pieces of his best advice finishing with his often-quoted line “be the hardest worker in the room.” Recently, on Quora, another perspective has been explored by looking at what the author calls “The Rock’s most powerful line” in movies which he contends is SILENCE!? (Goke, 2017). Wait, what?

Goke (2014) discusses that prior to “The Rock” throwing down in a big scene, his character stops with his one-liners, looks directly at his opponents, then lays down the law. It is known he means business when crickets can be heard. Everyone knows something big is about to go down. Now, whether or not, Dwayne Johnson uses this technique is unknown; however, he’s said that he tends to “have a lot of…ideas about the character” when he is working on film or television projects (Roberts, 2014).

Therefore, it can be surmised that Dwayne Johnson puts stock in this particular technique to influence situations.

Silence is a far cry from the norm in our over-stimulated, over-headlined, over-extroverted current reality with shameless self-promotion techniques, screaming for everyone to look at you. Is building presence through silence a tactic that can be used to build influence in the world of clinical research and regulatory compliance? We say yes. By using silence, you are going against the norm; therefore, you gain a certain level of power and show an inner strength by approaching situations differently (Goke, 2017). People will take notice.

Silence creates room to listen. This is important but often taken for granted; many people think hearing is the same as listening. When we truly listen, we gain an understanding of their position which provides an advantage in situations such as audits or negotiations. If we listen to understand, then we can determine the best direction in which to proceed, whether it is to walk away or dig in further based on our own bottom line. In police movies and television shows, often detectives will throw out a guess to a suspect then grow silent. Silence makes suspect uncomfortable and the beans start spilling. The detective used silence to her advantage and learned more than she knew walking into the situation. Auditors can use this same technique to gain valuable insight that may lead to a deeper understanding of policies and procedures that will enhance the audit results.

Dwayne “The Rock” Johnson is a man who uses the power of silence to gain an advantage and assert influence, as we have seen from his use of this tactic in his blockbuster movies. We, mortal beings, can take the lessons of silence into our daily lives to gain power by going against the norm and creating a space to listen. See if talking a little less and listening a little provides you with an advantage as you go about your week.

I am a middle-aged woman who is on a mission to get back in shape, lose some weight, and get back into writing. In a nutshell, I am working towards doing the things that maintain my sparkle and shine. View all posts by Katherine Pryor