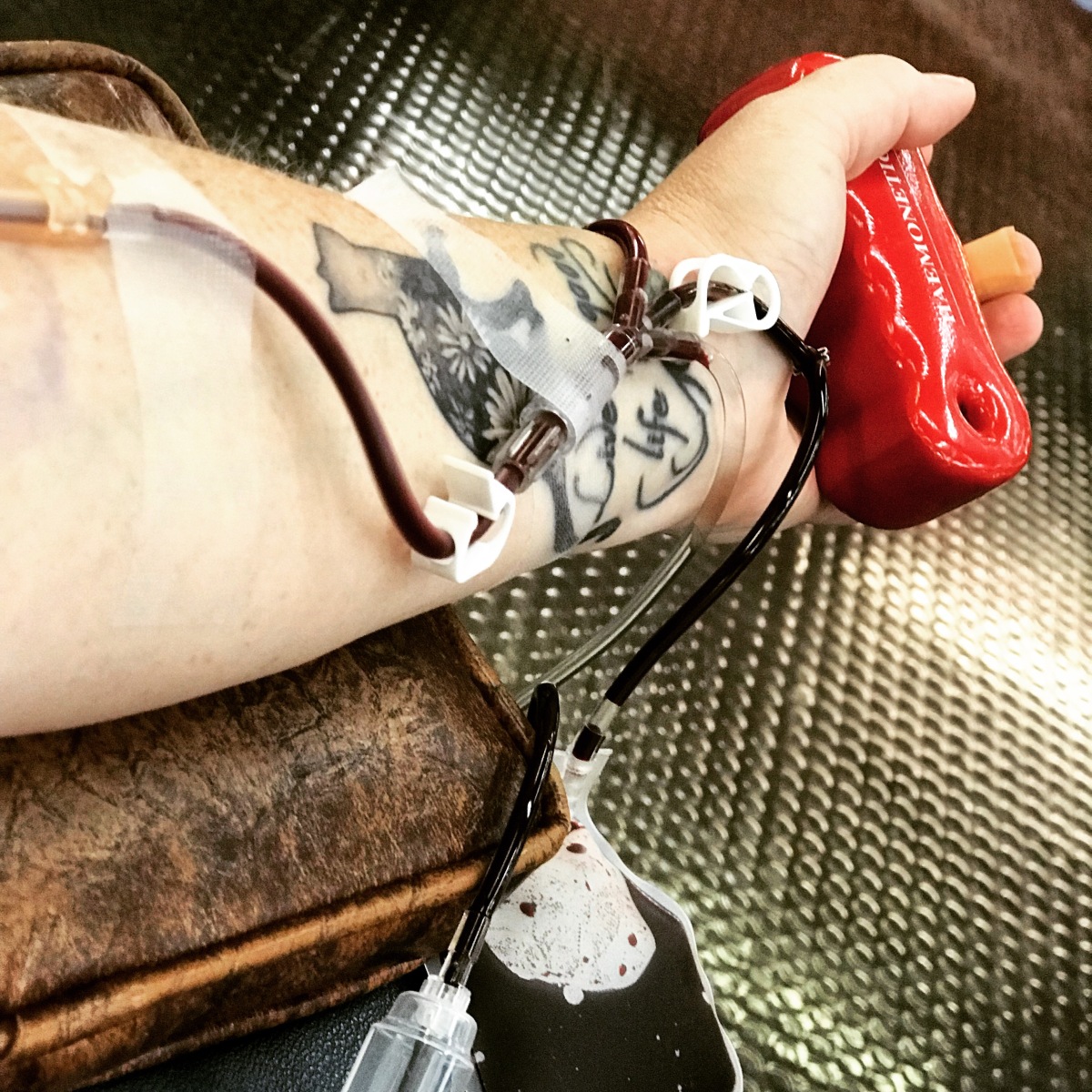 Yesterday, I gave a double donation of blood affectionately called a “Power Red” by the American Red Cross. Being a ginger, I know in my heart that this is my superhero name and that giving life through blood donation is my superpower! Aside from donating an organ, donating blood is the next best way to save a life and has a shorter recovery time plus the post-donation snacks are usually on-point. Though this time, there were no Famous Amos Chocolate Chip cookies…

If you’ve never given a “Power Red,” it’s a cool process where you’re hooked up to a special machine that takes a pint of blood separates it into whole blood and platelets then when the whole blood bag is filled returns the platelets mixed with saline. It takes you through that process twice. The benefits of this include giving a double donation in one sitting, more time in between donations, and the blood is partially processed making it ready for donation sooner.

Donating blood is something that I consistently do and feel is an important way to give back. To date, I am only a pint shy of having donated 2 liters of blood! There is always a shortage and crisis when it comes to blood supplies. I routinely encourage people to donate, in turn often hear a variety of reasons they don’t give. One is that they don’t’ like needles…I don’t particularly like needles; I can’t stomach the look of the needle going into my arm. I look away when they are sticking me and I ask that my arm is covered once we get things going. People are also afraid that they will pass out. Only twice have I felt like that was going to happen – both times I hadn’t eaten enough prior to the donation. The donation team works fast when a person indicates that she feels woozy – legs are popped into the air, above the heart, and apple juice is quickly administered.

According to some research, there are also personal health benefits to donating blood that I hadn’t previously realized. To donate blood, you have to have a certain level of iron in your blood – not too much or too little. Donating regularly can help lower your risk of elevated iron levels which can wreak havoc on your system putting your liver, heart, and pancreas at risk for a myriad of issues. Check out this blog post from brms on the health benefits of blood donation.

There are a variety of ways that one can donate. An old friend, when she could donate, always gave “peds packs” which is the same amount as whole blood donation put into smaller bags and used in pediatric cases, there are the Power Reds which we’ve discussed, standard whole blood donations, platelet, and plasma donations. All are needed.

If your company, school, or a community organization is hosting a blood drive, sign up! You can also make an appointment at your local blood donation center. You won’t regret the time you spend to give someone another chance at life.